Ten Helps on the Imprecatory Psalms

2. David was not a vindictive person – in fact he was a very forgiving character. So this is not personal vindictiveness. The Bible portrays David as a merciful and gracious man who often prayed for his enemies. The imprecatory psalms he wrote, then, sprang not from a vindictive temper, but from a heart on fire for God’s glory.

3. The king represented God. God’s reputation was tied up with the king. Offending the king was offending God’s anointed. And David was God’s anointed in a particularly special, Christological way.

5. The New Testament has its own imprecations. Jesus himself pronounced curses on the Jewish leaders in Matthew 23. Also Gal 1:8-9 and famously 1 Cor 16:22: “If anyone has no love for the Lord, let him be accursed.”

7. The Psalmist is really praying “Thy kingdom come” – which involves not just the upbuilding of God’s kingdom, but the destroying of competing kingdoms. Preferably by conversion, but if not, by removal.

8. The eighth help is a reminder that “vengeance is the Lord’s.” To pray the imprecatory psalms is to deny one’s own right to vengeance and leave it to God’s wisdom. It’s hard in our context to relate right away to these psalms, since we live easily in a land with no imminent persecution. But God’s Kingdom is still at war, and these are war psalms.

9. An imprecatory prayer will often have the good of the sinner at its heart, because God will often use judgments to bring sinners to himself. 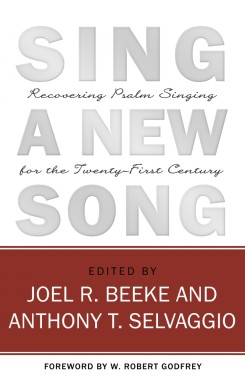 4 thoughts on “Ten Helps on the Impreccatory Psalms | David Murray”